False religion and true religion is never mentioned in God’s word. Instead, we are warned against false doctrine and false prophets. We are commanded to love God and have faith in Him.

Religion – θρησκεία – Due to the wide range of its usage, the English word “religion” (from Lat. religio) is not easily defined. SEE Religion

“Pure and undefiled religion before our God and Father is this: to look after orphans and widows in their distress and to keep oneself unstained by the world.”
‭‭James‬ ‭1:27‬ ‭HCSB‬‬

Being in Christ Compared to Being in A Religion

The word ‘Religion’ is only found four times in the Bible.

Three of the mentions of religion concerns an already established religion of the Jews. Acts 26:5, Galatians 1:13-14, James 1:26. We are never told to be religious, join a religion, follow a religion or religious movement or to be faithful to a religion. Instead we are told:

So we, being many, are one body in Christ, and every one members one of another. Romans 12:5

Are we to be in a religion or in Christ? 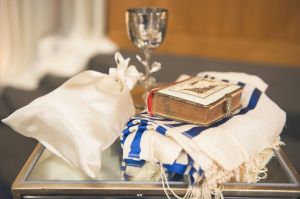 The apostle Paul put much emphasis on being in Christ. He wrote:

Paul uses the phrase, “in Christ” seventy-five times in his writings.

Of himself he wrote:

I press toward the mark for the prize of the high calling of God in Christ Jesus. Philippians 3:14

When he wrote an epistle, he often referred to those in the church as those who were “in Christ.”

He understood that regeneration, or newness of life in Christ, is what makes a real and lasting change in a person’s life.

For in Christ Jesus neither circumcision nor uncircumcision avails anything, but a new creation.  Galatians 6:15

Therefore, if anyone is in Christ, he is a new creation; old things have passed away; behold, all things have become new. 2 Corinthians 5:17

Paul, also fully understood the security that true believers have in Christ Jesus our Lord:

For I am persuaded that neither death nor life, nor angels nor principalities nor powers, nor things present, nor things to come, nor height nor depth, nor any other created thing, shall be able to separate us from the love of God which is in Christ Jesus our Lord. Romans 8:38-39

Many people are trusting their religion, but life is found in Christ!

For as in Adam all die, even so in Christ shall all be made alive. 1 Corinthians 15:22

Because most people in the world lean to ideas of men rather than trusting or believing the Word as revealed in the Holy Bible, religion and spirituality has become common. Christianity is not looked upon with favor by those outside of Christ. Sadly, most people prefer to seek their own way and ideas rather than accepting the One Way Christ provides. For further study see – RELIGION VS CHRISTIANITY

I am a grandmother of seven and I like to garden, read, study the Bible, and spend time with family. I am not very politically active, but very interested in who is elected to lead our country.
View all posts by jlue →
This entry was posted in Bible, Called His name Jesus, Christ, Christianity, Grace of God, Jesus, Our World Today, Religion. Bookmark the permalink.

5 Responses to About Religion…